Posted on November 19, 2013 by Pixelles Montreal

Only a week ago, TAG members and I were buzzing around, preparing for GAMERella, a girl game jam which targeted women and first-time game makers (though everyone was welcome to participate). We sat down with Pixelles Co-Coordinators Tanya Short and Rebecca Cohen Palacios, TAG members and other interested academics to brainstorm ideas for the jam only five weeks prior and we were finally here.

The night before, tickets on Eventbrite had completely sold out! In order to track who we were reaching, we asked participants to choose the ticket type with which they identify most. We were able to track how many women were signing up for the jam, how many men, and how many chose the ticket labelled “other”. In the last moments before the sign-up deadline, as ticket types were selling out, Gina Haraszti (TAG Creative Coordinator) and I had to adjust the number of ticket types available to ensure, to the best of our ability, that everyone who wanted to sign up, could. 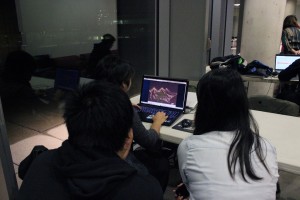 Many people have asked me why we allowed everyone sign up for a jam that is aimed at bringing more women into game development. One reason why we started this voyage in the first place was to fight exclusivity, the ‘Old Boy’s Club’ situation that typically exists not only in the games industry, but in many other industries as well. How could we do this by becoming exclusive ourselves? It was equally important to us to be inclusive because there are so many men out there who share the belief that more women need to get involved in making games. The support shown by men in the Montreal game dev community was incredible. I hardly had to search for volunteers to help out during the jam; people were reaching out to me, saying, “I’m not a woman but I want to help. What can I do?”

Another common question was, “Why is it important for women to make games?” My first answer is always “Because women play games”. Further, it is our responsibility to be sure that we are representing ourselves, in both the characters we play and the stories that are told. Women now represent a huge proportion of gamers and I believe that number will skyrocket as the number of women making games increases because, more and more, we will be identifying with them. The more diversified our game makers are, the more diverse games become, and in a landscape where AAA first-person shooters dominate, we are in dire need of a little diversity. 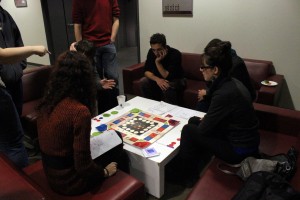 Participants last weekend were fully aware that there was competition involved in the jam and that awesome prizes would be handed out at the end, but you wouldn’t have guessed with the incredible supportive energy present that weekend. Veteran game jammers pulled me aside to tell me that this was the first game jam they had ever seen where collaboration manifested. The separation between teams blurred. Participants were actually helping each other rather than hermitting by their computer with headphones blasting as they raced to get their games done before the deadline–as is usually the case in game jams. I believe this positive, collaborative attitude both increased the quality of the games and improved their chances of reaching completion.

Now let’s look at the numbers. How many of these wonderful game jammers were women? As I mentioned earlier, 60 tickets were reserved as of Friday morning. There were a few no-shows and a few last-minute walk-ins, but of participants who answered the survey, 42% identified as female, 53% male and 5% “other”. As veteran jammers can attest, this number is pretty darn impressive. GAMERella successfully blew the usual ratio out of the water, not to mention the number of participants who, given the option, did not identify as “male” or “female”. In the end, 47 participants attended the opening evening, 35 stayed the entire weekend and 33 submitted games. There were 10 games in total, 9 of which were finished, many of them polished. These numbers are even more impressive knowing this: of participants who answered our survey, 60% had never been to a game jam before and first-time game makers made up 36% of the total number of game jammers! 100% of new game makers said they will definitely attend another jam and they will continue making games. This, my friends, defined our success.

So how did we do it? We believe that GAMERella workshops helped us to reach many of these new game makers; in fact, 95% of all participants said they had learned new skills specifically for or during this game jam. We even held an impromptu Twine workshop on day two, thanks to the amazing “narF” Francis Sheridan Paré. We had professionals in the industry volunteer their time to mentor during the jam as well, offering one-on-one help to the teams. The best, though, is what we feel was a great source of our success over the weekend: the welcoming and supportive atmosphere. Even though we reached out to women and to first-time game makers, there were a lot of men and experienced game makers who came out to support the cause and help the other teams. Many veteran jammers welcomed a first-time jammer onto their pre-established team. In choosing not to make this event exclusive to women, we realize, all of the people who wished to support the cause were able to show that support and contribute greatly to creating the positive energy present that weekend. 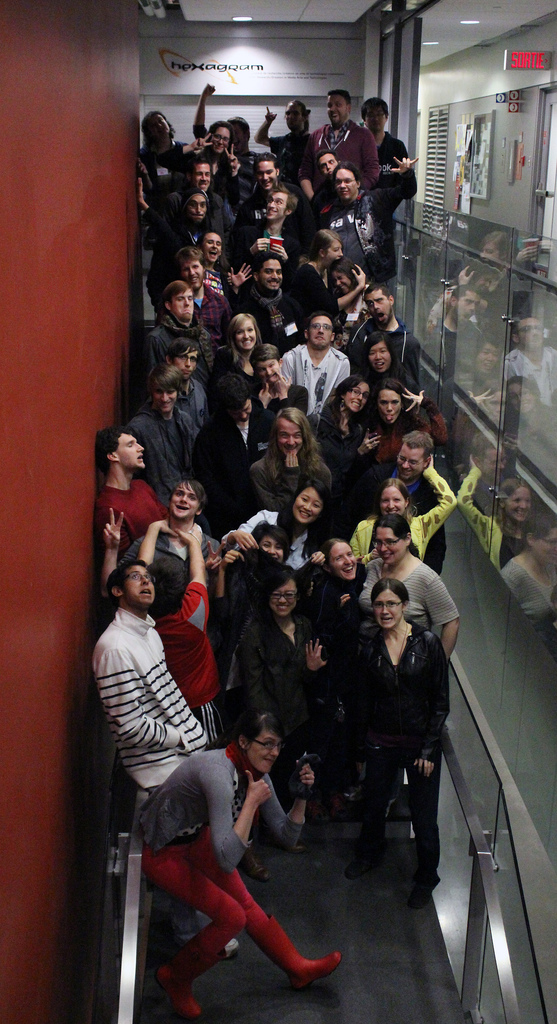 It’s easy to tell you that anyone can make a game, but it might not be so easy for you to believe it. However, there are loads of online resources, workshops and free software out there waiting for you to dig in. And people tend to forget that board games and card games are easily created as well. There is no shame in building upon pre-existing rules you know already work in gameplay or in using pre-existing game boards as a platform for your completely invented game. We all have gameplay ingrained in our DNA; don’t you remember all the games you used to play as a child? Do you remember altering the rules or confirming with others which set of rules you will be using before starting the game? I don’t believe that we forget our sense of play as we grow older. What about poker and chess, crosswords and bocci? We essentially play games for as long as we live. Why should we think that we can’t also make them?

Of course, we are hardly the first ones to put together something like GAMERella. After a Gamasutra article in which Remember Me creative director Jean-Max Morris describes his difficulty in getting a publisher to sign on for a game with a female protagonist, Kimberly Voll (PhD in computer science, honours degree in cognitive science and professor of software engineering and digital media at the Centre for Digital Media in Vancouver) hosted a game jam whose only requirement was that games feature female lead characters. This was done in July of this year through a group she started called iamgamer, whose tagline reads: “games for all, by all”. Seeing others picketing for change tells us that a shift in the games industry is happening. It’s exciting to see more people getting involved in that shift and spreading the message.

In her book, Reality is Broken, Jane McGonigal asks the world to play and make more games. She believes we have a deep-seated need for play that is currently suffocating in fast-paced, money-driven North American society. In 2011, she created Find the Future: The Game, a 24-hour scavenger hunt which took place inside the New York Public Library (in which I was very fortunate to participate). She believes that not only can everyone make a game, but that everyone should make a game, for our own health and well-being.

In his article entitled Tu Peux Faire des Jeux! (You can make games!), “narF” Francis Sheridan Paré tells us all that it doesn’t take pixie dust or super powers to make a game: “… you can make a game and it won’t take a year to do it.” Paré then releases the secrets for game development, which will work even for those who “… have zero drawing, music or computer talent!”

So what’s next for TAG?

Our next game jam will be the Global Game Jam January 24th – 26th, 2014. After that, TAG expects to host at least two more game jams before this summer’s Critical Hit, an incubator which nurtures games that wouldn’t otherwise thrive in our current commercial environment. TAG game jams leading up to the incubator serve as a sort of application process and anyone interested in applying for the Critical Hit Jam Factory is strongly encouraged to participate in game jams like GAMERella to help build up their portfolio.

It’s not only worth finding out how you can make a game if you’ve never made one before, but games are a wonderful and necessary medium through which we must share our life experiences. Fortunes are spent and countless hours are dedicated to playing games. It is vital to contribute to their content.

I think we gained believers at GAMERella.

How will you contribute your voice?

Want to play the GAMERella games?
TAG is hosting an event to showcase the games! When: Thursday, November 28th at 5:00pm Where: Concordia University, Engineering and Visual Arts Building 11th floor, room EV 11.425

Technoculture, Art and Games (TAG) is an interdisciplinary centre for research/creation in game studies and design, digital culture and interactive art based at Concordia University in Montréal.
For more information, please visit tag.hexagram.ca.

Posted in Game Jams, News
About Pixelles
Pixelles is a non-profit initiative committed to helping more people make and change games. We're based in Montreal, and have already succeeded in building a supportive community of game creators, both hobbyist and professional.