Posted on November 14, 2013 by Pixelles Montreal 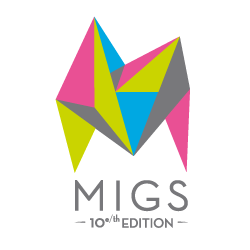 The usual protocol when transgressing through a Nerd Threshold is to naturally assume that “normal” people think they know what you’re up to, and they don’t much approve of it. Once inside, say, a convention or a tournament venue, the self-consciousness switches around, and I’m not welcome for even more reasons ludicrously outside of my control.

On the second and final day of the Montreal International Games Summit, those lines seemed to blur and I didn’t feel that transgressive or alien. In this wide, open-concept venue used often as a thoroughfare for commuters and busy workers, it was actually hard to know who was a convention attendant and who wasn’t, until I saw the plastic badge hanging from their necks.

Far from a place where I could count the women in the room on one hand, myself included, those walking the convention floor demonstrated a visible social diversity. There seemed to be more of a balance here than at a lot of “gamer-oriented” events I’ve attended in my life, and I didn’t feel wrong for being there, by those within or without.

But there was still disparity at MIGS. As with a great deal of the games industry itself, MIGS boasted a wide scope of people, but at the highest levels–speakers, organizers–a most precious sliver of those people were actually represented. When it comes to gender balance, there were a grand total of 3 women speaking on the first day of the event, compared to 31 men, including the opening keynote. The second day was comparable, with 5 women speaking compared to 33 men, including the closing keynote.

Schell Games’ Heidi McDonald’s talk on that second morning at the Palais de Congres, “Romance Games: Unpopular Genre or Untapped Market,” could easily have translated to, “Redeeming That Genre Generally Thought of as A Trite Female Pastime.” As I had suspected, the talk dissected the coded femininity of romance systems in games, ultimately concluding that, one, developing relationship and romance systems in games will lead to more “empathic games,” and two, this will help to expand–rather than alienate–the already large percentage of women who already play games (she cites the relative success of Silicon Sisters’ Everlove.)

I’m not sure I’m comfortable with all of McDonald’s reasoning as to why women are more likely to indulge in romance and erotic novels, for instance, while visual pornography is more geared toward men. Her thesis relied somewhat on psychological studies that show men are aroused more by visual stimuli whereas women are more interested in emotional bonds. She also relied quite a bit on market research of preferred settings and styles that might be lucrative, like Medieval high fantasy. I’m extremely wary of anything that essentializes gendered behaviour before considering social and environmental factors. Though, to McDonald’s credit, she was careful not to erase gender non-conforming people in order to make her point that games with stronger relationship-building systems might just tap into a wider market of women gamers (and probably lots of other people, too). Empathy and emotions, after all, are not the sole domain of woman.

But all that aside, there were a few things that rung frightfully true as McDonald spoke, one of few non-cismale speakers to be given any authority at the summit. The first was that while conducting her surveys, she found that over 90% of all respondents (across genders) felt that romance systems, say for instance in first-person WRPGs like Dragon Age, were of at least some importance to the play experience. She also noted that while nearly half of all women play games, the industry has done a terrible job at actually representing that facet of the audience as people with their own diverse needs and fantasies, and what’s more, believes there’s no money in catering to that audience.

And yet, Heidi McDonald was there, speaking. I was there listening. Many women were there because they write about games, work with or on games, or simply love games. There were plenty of enthusiastic women acting as MIGS volunteers.

The space is widening and the gap is closing, and the nebulousness of who was what confirmed for me that games are becoming a more accepted, dyed-in part of our culture. And yet, there was still this sense that women were seen as consumers, not creators. Passengers, not drivers. It’s fine and good that games are getting more widely accepted and diverse, but does that translate into more voices actually being heard? Or, is it just a cultural trickle-down effect? I mean, lots of women love football, but we don’t exactly live in a culture that encourages women entering the sport professionally.

By the same token, the talk, “Character Flaws and Choices: How to Engage Players Emotionally Without Alarming Your Producer,” given by Compulsion Games’ Alex Epstein shone an allegedly ugly light on what the standard, unthinking practice is when treating women characters in games. Gersande La Fleche writes,

“[…] The only kinds of characters Epstein brought up were male “daddy” characters with lots of grumpy emotional baggage. NPCs were all young, female, childish. I had been under the impression the main character of Contrast was a woman acrobat, but he barely mentioned her at all. He said that the best uses of NPCs was to create emotional weights for the player, to create “emergent” relationships between NPCs and player characters that were fraught with complicated feelings, like the relationship between Catwoman and Batman, or the relationship between Judie Foster and her co-star Anthony Hopkins from Silence of the Lambs.”

My concerns were verbalized in Tanya Short’s and Phoenix Perry’s talk, “Women Making Games: the Who, the What, and the How.” Short and Perry discussed their respective workshops, the Pixelles Game Incubator and the Code Liberation Foundation. In these workshops, women (and non-binary folks) are given the opportunity to be mentored, to learn new skills and to ultimately make their own games. Pixelles specifically encourages enthusiasm and creativity and provides a safe space for women to explore ideas that would otherwise likely never see the light of day (and yeah, I’m keenly aware of which website I’m writing for). Code Liberation places an emphasis on teaching women, who represent 4% of all programmers, to code.

4 percent. That’s a hell of a rate considering, as Perry chronicled during her portion of the talk, programming was widely considered secretarial, “women’s work” prior to the age of the home computer, which was marketed toward male breadwinners. There was a time, in fact, when the gender balance in programming was about even. I wonder how many great programmers could have been if they’d only been given the encouragement to feel credible as programmers.

About even. That’s the gender balance of gamers that McDonald reminded us of. Yet Short and Perry know, from historical patterns and from their own collection of survey data, that plenty of talented women leave the industry out of frustration, fear or lack of satisfaction, or simply don’t know where they can start.

Someone in the audience asked why these events were not more equitable towards men. He was politely answered that men do participate at the mentoring and support level, and all are invited to events, but this is meant to serve those who are underrepresented. I had to stifle a groan. Events like MIGS, ostensibly, are open to everyone. Ostensibly, they’re egalitarian. But the power differential, the authority differential, was obvious.

I don’t blame MIGS entirely for this; I know it’s a product of our culture. And kudos for them for hosting a talk like the ones given by McDonald, Short and Perry. But that doesn’t let the organizers totally off the hook. We can do better, we can get better, we can definitely have more than one woman speaking at a closing keynote when there are 9 people speaking and 8 of them are white men.

During her short talk–they were all short, 9 speeches packed into an hour–Stephanie Harvey of Ubisoft Montreal described the pitfalls of making a sports or arena battle game, like League of Legends. The theme of the keynote was “Do or Die,” and Harvey made no bones about the fact that you can do and still die. And in fact, you probably will. You can have the best design, the best marketing, the coolest avatars, and still totally fail. It’s capitalism, baby, and it happens all the time.

We are growing, we are doing, we are creating. But it’s taking time for us to be heard. And a lot of talented folks are sacrificing themselves in the process. I appreciate McDonald’s talk but there are games out there, lots of them, that develop romance and friendship bonds or, sexual or identity issues in subtle and nuanced ways. There’s just no economy that values them, not least since most feminine-coded work is unconsciously devalued. I appreciate Harvey’s warnings, but maybe success within the confines of the industry is not the only kind of success, and maybe my likelihood of failure here will set me and others on another, equally valid path. Maybe I’ll want to code, maybe I’ll build in Construct 2 or Twine, but cultivating spaces, audiences and livelihoods for women among others is just not something the industry as a whole is taking seriously enough.

Maybe a liberation, a democratization of games won’t come from within. Maybe it’s already happening and it’s not clear who does and who doesn’t wear a badge.