Posted on November 1, 2020 by Pixelles Coordinator 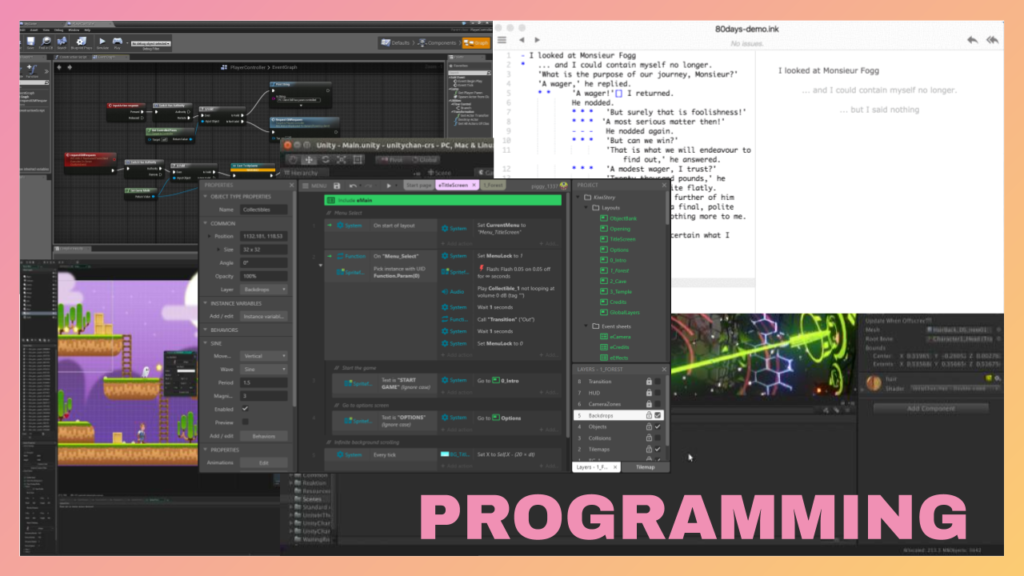 Hello everyone! How’s your game coming along? This week was all about game programming; let’s dive in!

We started the session with a look on the incubator’s overall experience. Everyone’s project is starting to take form, and it’s a great time to think about your goals for this program. Our very own coordinators Brooke and Katherine took a look back at their experience in the incubator, respectively PGI6 and PGI7.

Brooke broke it down into 6 lessons that we hope will help you make the best of this program:

This week, we’ve been very lucky to have two great engine workshops. The first one with Julia Perdigueiro on Unity.

Posted in Follow Along, News, Pixelles Game Incubator 8
About Pixelles
Pixelles is a non-profit initiative committed to helping more people make and change games. We're based in Montreal, and have already succeeded in building a supportive community of game creators, both hobbyist and professional.