Posted on January 22, 2013 by Pixelles Montreal

This session was mostly about getting familiarized with game design basics, in preparation for turning your roiling ideas into a defined concept. The participants each told the others about their ideas, some with diagrams & illustrations and others with gestures. All of them sounded like great game ideas, and we’re looking forward to seeing how they develop over the next few weeks! 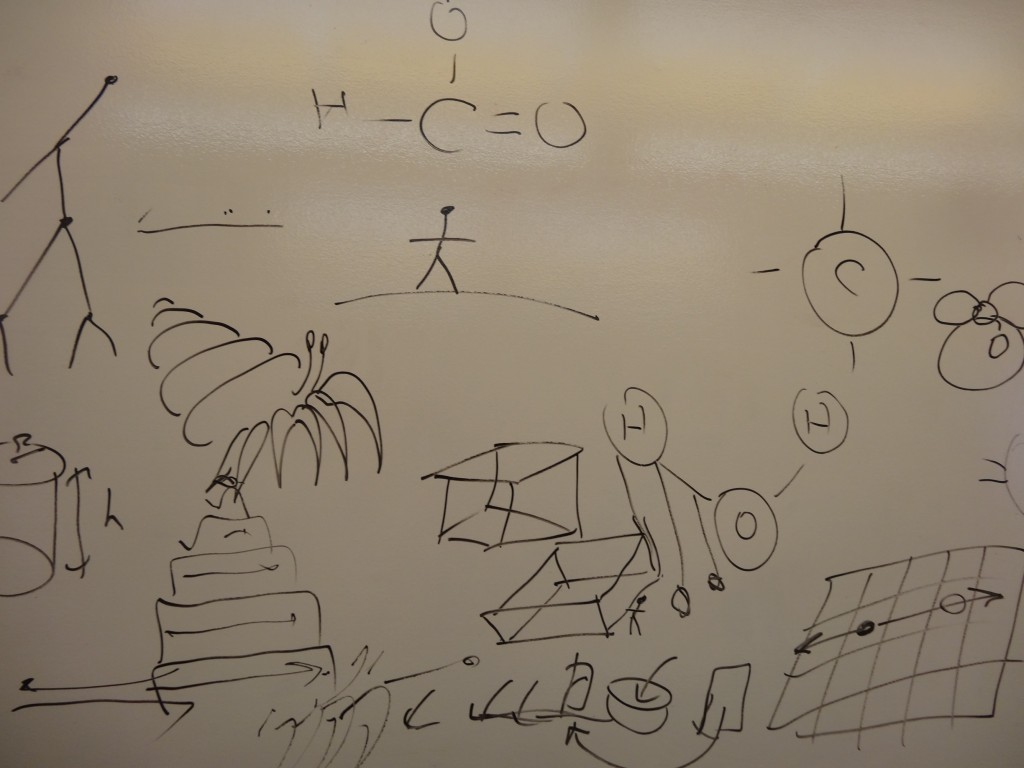 Five of the ten game ideas are depicted here. Can you catch em all?

Our first mentor was Tuuli Saarinen from Decode Global, an incubator for games for social change. She’s specifically the designer for Get Water!, a game raising awareness about struggles for girls in water-scarce areas. She shared her experiences with us, and talked a bit about what it’s like working on a small team for social change. Thanks, Tuuli! 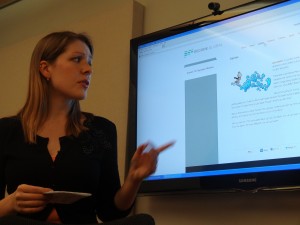 Steph is a designer at THQ and a professor of Game Design! She essentially boiled down three or four of her lessons into one super-fast introduction to “MDA” theory (Mechanics – Dynamics – Aesthetics) as a way to discuss the different aspects of a game. Designers tend to think of games from M to D to A, first starting with “What can the player do?” then “What will happen in the game?” then “What does it feel like?”… whereas players tend to experience the game the other way around — first encountering the aesthetics, then the dynamics, and finally discovering the underlying mechanics.

Steph also recommended thinking about your overall game, and each tactical decision by the player, as a process of Objective → Challenge → Reward, constantly cycling from the game start to game end. Rescue Princess → Defeat Bowser → Get Princess is the overall dynamic of Mario, but the individual dynamic is Run to End of Level → Defeat Enemies → Fireworks, or even more specific, Defeat Enemy → Jump With Good Timing → Kill Enemy.

Steph basically covered a semester’s worth of game design theory in 40 minutes, so rather than recap it here, I recommend you inspect her presentations for yourself and think about your game idea. Particularly look at the Lecture and Dev Mayhem sections to grow your game from a seed into a workable concept:

What is a Concept Document?

In most game dev studios, a game’s first form is a pitch document — a general idea you can express in a few sentences and maybe an illustration or diagram. The next stage is the concept document! Even independent developers find it useful to make a concept document to fully flesh out their idea and figure out how to communicate what is exciting about it, and how that takes shape within the game world.
→ Word format
→ PDF format

These belong in your concept document. Oh, yes.

It’s up to you to explore and find the right tool for you. We’ve listed some genre-specific ones but that doesn’t mean that something like Stencyl or GameMaker won’t do the job just as great.

Posted in Game Incubator, Pixelles Game Incubator 1
About Pixelles
Pixelles is a non-profit initiative committed to helping more people make and change games. We're based in Montreal, and have already succeeded in building a supportive community of game creators, both hobbyist and professional.