Posted on December 3, 2013 by Pixelles Montreal

When researching Jessica Rose Marcotte, you can find something along these lines: Jessica Rose Marcotte is a writer and editor currently completing a Masters in Creative Writing at Concordia University. She is the managing editor for Matrix Magazine and maintains a writing blog as well as a games’ writing blog. In her spare time, she enjoys scuba diving, writing, tinkering with art projects, photography, and, of course, gaming and game-making. 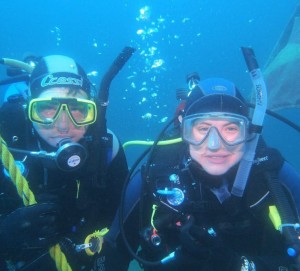 I asked her for this interview because she has two unique qualities to the Pixelles program:

A) she completed the Pixelles Follow Along program in 2013. Although “Following Along” by doing the game-making exercises at home SEEMS easy, only 3 others managed to do the same last year.

B) since finishing Pixelles, she has gone on to make multiple other games. The program works!

Since future program participants might have something to learn from someone of such experiences, I figured… why not ask a few questions?

Tanya: How did you hear about Pixelles?

Jessica: Last year, in December, some people from TAG were heading out to the first Pixelles info session, including Saleem Dabbous from KO-OP mode and TAG’s own Joachim Despland. I couldn’t make the info session but they told me a bit about the program and I looked it up.

T: What was it like as a Follow Along? What was your “day job”, as it were?

J: As a follow-along, I still felt like I had a good support system with the Pixelles’ twitter and what I was seeing coming off of the participants’ feeds. I was working with Carolyn, one of last year’s Pixelles, at TAG at the time so I would check in on what she was doing and tweet about my game progress.

My main problem was forcing myself to manage my other responsibilities as a grad student, journalist, and magazine editor (and, you know, regular-person stuff like chores and making food and exercising regularly). I got so into making my game that I wanted to work on it constantly. But, the guidelines on the Pixelles website set a certain amount of hours per week to work (I think it was about six) so I limited myself to that as best I could.

T: Were there any unexpected challenges?

J: Stencyl had some unpredictable behaviours (save multiple versions of your game whenever you finish working on it or before you make a major change!). Figuring out which bugs were Stencyl’s fault and which were mine was often a challenge. Really, everything was a challenge at first because I’d never done anything like it, but that meant that small amounts of progress often felt like major victories – which was kind of nice. 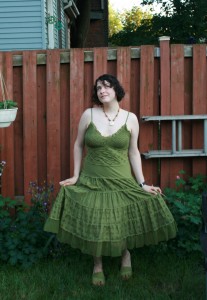 T: You’ve made a few games now! What’s your most recent creation? What are you up to right now?

J: I’ve actually made seven games now in less than a year – which didn’t seem possible when I started the Follow Along program last year. It happened, though!

My latest game is “Eat Dirt!” and I made it with Nick Kornek and Jana Sloan van Geest at GAMERella, a super-cool game jam that took place a few weeks ago. It’s a multiplayer game about competitive compost eating. Right now, we’re working on a four-player mode for the game and a port for the Arcade Royale, this arcade machine owned by the Mont Royal Gaming Society that tours around Montreal. Video games for the people!

I’m also working on learning a tool called GameMaker because the standard license was recently made available for free, and I’m looking to play around with Unity and Uscript. To learn GameMaker, I think I’m going to make a game about my crested gecko, Likki. I’m not sure if it’s going to be from her perspective or from a human’s.

T: Looking back on your first game, how does it feel? It hasn’t even been a year yet!

J: It feels great to have taken that first step and made a game. I think there are definitely things that I would do differently now that I have more experience, but I’m glad that Diver Quest exists. Instead of worrying about how I was going to make the perfect game, I made a game. And then I made another, and another. Another thing about making a game for the Pixelles Follow Along and constraining myself to six hours a week is that it means that my first game was made in thirty-six hours. That’s less time than the average game jam. I feel really good about that.

T: What advice would you give to future first-time game makers?

J: Keep at it – once you learn how to learn with your chosen gamemaking tool, things will go a lot faster and get a lot easier. It’s slow-going at first, but soon you won’t believe what you’re able to do. Also, let yourself feel good about small victories: you’re making your own game! That’s exciting! Once you’re done feeling good, get back to work! Finally, keep things balanced: don’t let silly things get in the way of your game-making time, but make sure not to ignore other responsibilities you might have.

T: What’s next for you, as a game creator?

J: I’ll be working on learning some new tools and attending some game jams, probably with my “Eat Dirt!” team. I’m especially looking forward to Global Game Jam 2014 because it’ll be my one-year game-making anniversary. Look out for a game about a crested gecko coming soon – that’ll probably be mine. 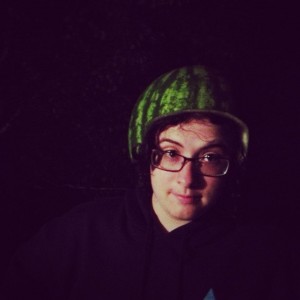 Click here to apply to the Pixelles Game Incubator II!

Oops! We could not locate your form.