Intro to playtesting and quality assurance

Posted on November 29, 2020 by Pixelles Coordinator 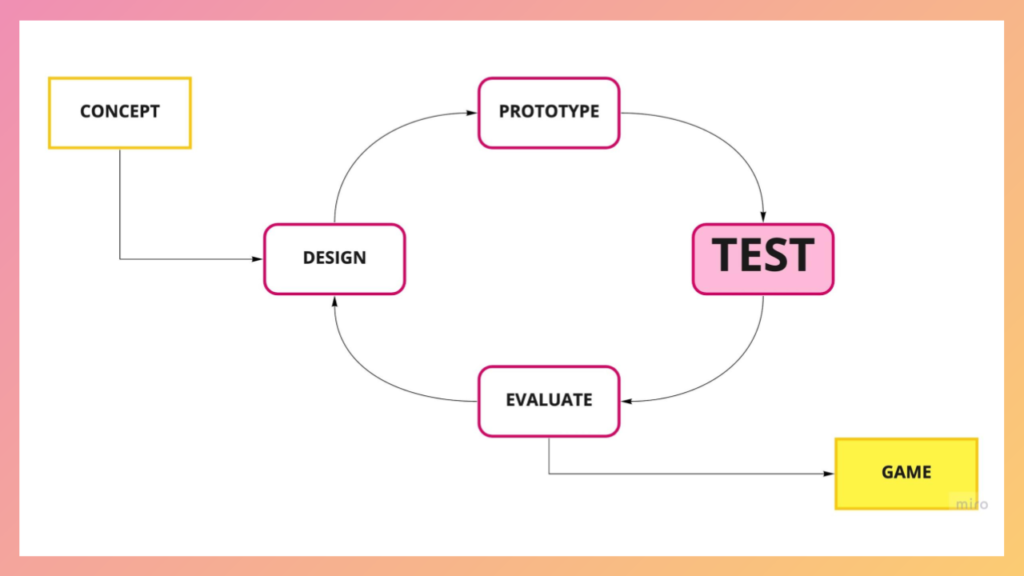 We’re already at week seven of the incubator and the games are now ready to be tested! This week, we talked about playtesting and quality assurance testing, important steps in game making.

When we playtest a game, we are presenting a game that is still in development to players. There is no need to have a finished product before performing playtests, and we even encourage you to do so as often as possible. Playtesting can be useful for many reasons, it:

Anyone can playtest your game: friends, family, colleagues, etc. Ideally, it shouldn’t be yourself. You’re probably the worst tester for your game. You’ve been working hard on this game for a while now, so you’re already attached to it and you could probably even play it with your eyes closed. You know way too much about your game to give objective feedback. Try to playtest your game with as many people as possible, fix what you want, and test again. You can also do that anytime, but try to do this as early as possible, and as often as possible. You can even do a playtest only to have feedback on a single mechanic if you want. Just don’t wait until the end, you don’t want to notice that a lot of stuff in your game is broken, or that a mechanic isn’t fun, just a few hours before putting it online.

Now, you’re probably wondering how to do a good playtest. Here are a few tips for you:

Ask open questions instead of questions that can be answered by yes or no. You’ll get a lot more details that way.

While the playtest is more focused on feelings and the search of feedback, quality assurance (QA) is more about the different problems that can be encountered in a game: inconsistencies, bugs, glitches, exploits. It’s important to try to reproduce those issues, and to figure out what causes them.

Much like with playtesting, you should try to consider QA in your game as soon and as often as possible. It’s always easier to find what might have caused a specific bug when you test it often, and you don’t want to notice at the very last minute that your game is completely broken.

Big studios often have a bunch of testers to look at their games, but as part of this incubator, you are working on your own. So here are a few tips to QA your own game:

Next week, we’ll talk about polish and debugging.

Posted in Follow Along, News, Pixelles Game Incubator 8
About Pixelles
Pixelles is a non-profit initiative committed to helping more people make and change games. We're based in Montreal, and have already succeeded in building a supportive community of game creators, both hobbyist and professional.